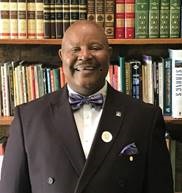 PERSON OF THE MONTH
Willie A. McCord

The Theological University of America

Willie began preaching the Gospel of Christ at the age of 15. His first sermon was entitled: “Lord Is It I?” He has completed 44 years of preaching. He has preached locally in Tennessee, Mississippi, Georgia, and Ohio. He presently preaches for the Tenth Avenue Church of Christ, in Columbus, Mississippi.

Bro. McCord has conducted Gospel meetings, Evangelism workshops, Teacher’s workshops, and lectureships in various places across the United States and in other parts of the world. He has appeared on the Annual National Lectureship for Churches of Christ on several occasions. He has also preached in Trinidad and Tobago, St. Lucia, and Jamaica. He went to Preaching in Nashville, Tennessee. He received the of Bible Ministry degree from the School of Religious Studies in North Little Rock, Arkansas. He became a Certified Pastoral Counselor in Dayton, Ohio, and he studied at Sunset International Bible Institute in Lubbock, Texas. He recently received his Bachelor’s degree and will receive his Master’s in a few weeks. Willie is a child of the King!