The Theological University of America 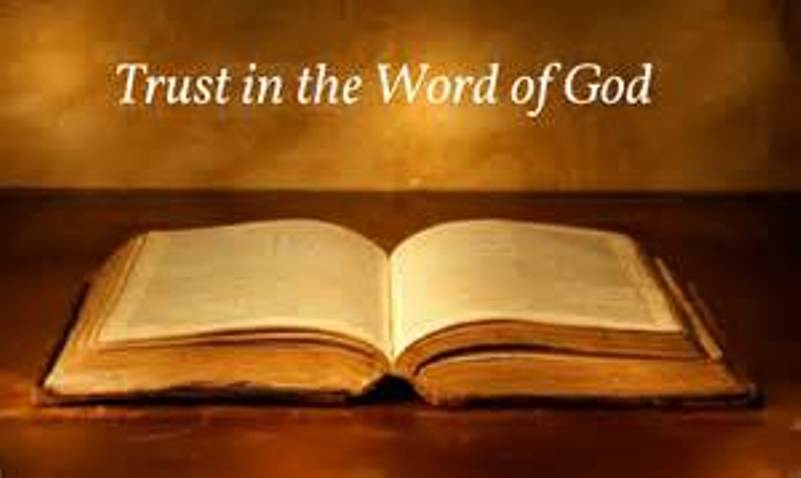 Our Lord forever elevated and ennobled the high calling of the teaching ministries when He sent His disciples to teach all the world the Word of God. Our Lord chose the medium of teaching to inform all people of His revelation of spiritual truth and His creation of the natural world and His provision of salvation through Jesus Christ. The scripture is clear: “They all shall be taught of God.” We who teach in the Theological University of America participate even now in the fulfillment of that scripture and share in the blessing and joy of deepening the understanding and knowledge of the Word of God in those whom we teach. As professors we willingly accept and dedicate ourselves to faithfulness to God’s Word and to our students’ trust. Faithfulness to God’s Word is the preface to every endeavor of teaching in the Theological University of America. Faithfulness to our students’ trust is the context to every responsibility and relationship we have to them. God’s Word is our non-negotiable source and guide in all matters. Our students’ trust is our non-negotiable incentive to serve them to the full extent of our abilities and preparation. Faithfulness and trust frame the environment of our high calling. Faithfulness and trust secure the boundaries of our motives. Faithfulness and trust sustain the perseverance of our commitment. As teachers of this high-calling we pledge ourselves to this faithfulness and to this trust. 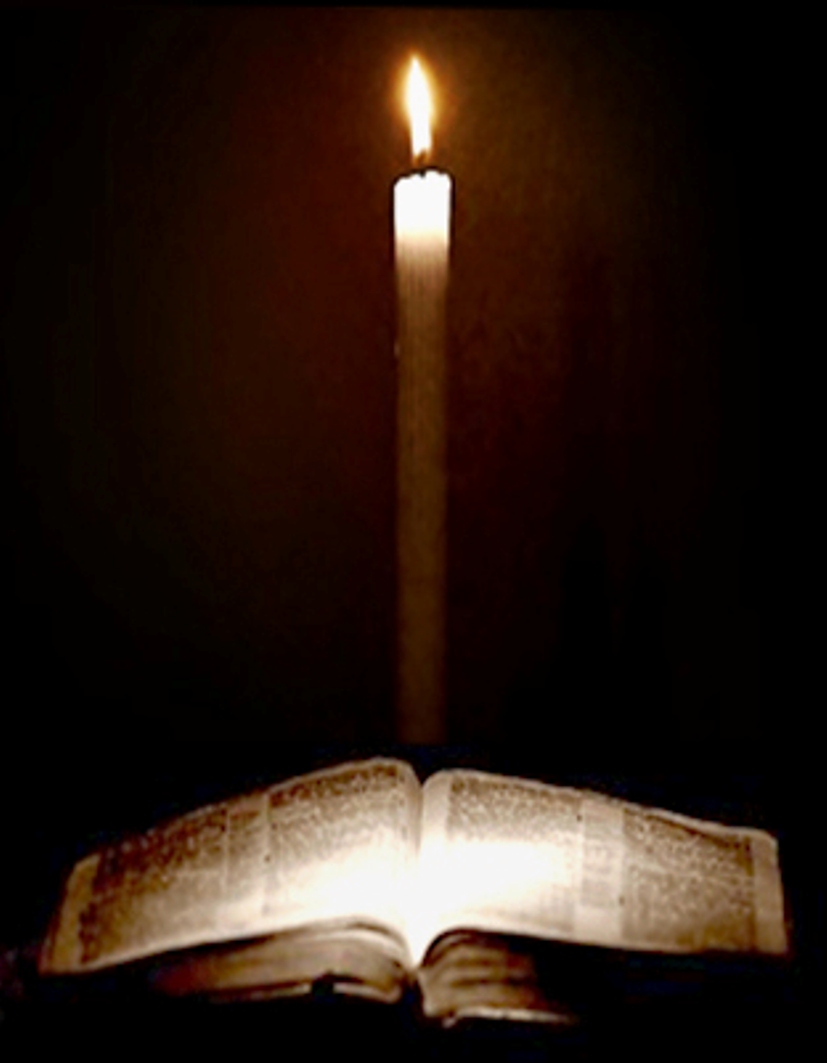 Behold, the virgin shall be with child and shall bear a son, and they shall call His name Immanuel," which translated means, "God with us." Mt. 1:23

“I am the good shepherd; I know my sheep and my sheep know me— just as the Father knows me and I know the Father—and I lay down my life for the sheep. I have other sheep that are not of this sheep pen. I must bring them also. They too will listen to my voice, and there shall be one flock and one shepherd. The reason my Father loves me is that I lay down my life—only to take it up again. No one takes it from me, but I lay it down of my own accord. I have authority to lay it down and authority to take it up again. This command I received from my Father.” John 10: 14-18

He [Jesus] took the Twelve aside and told them what was going to happen to him. “We are going up to Jerusalem,” he said, “and the Son of Man will be betrayed to the chief priests and teachers of the law. They will condemn him to death and will hand him over to the Gentiles, who will mock him and spit on him, flog him and kill him. Three days later he will rise. Mark 10: 32-34

Later, knowing that all was now completed, and so that the Scripture would be fulfilled, Jesus said, “I am thirsty.” A jar of wine vinegar was there, so they soaked a sponge in it, put the sponge on a stalk of the hyssop plant, and lifted it to Jesus’ lips. When he had received the drink, Jesus said, “It is finished.” With that, he bowed his head and gave up his spirit. John 19:28-30

For God did not appoint us to suffer wrath but to receive salvation through our Lord Jesus Christ. He died for us so that, whether we are awake or asleep, we may live together with him. Therefore encourage one another and build each other up, just as in fact you are doing. 1 Thessalonians 5: 9-11

Your attitude should be the same as that of Christ Jesus: Who, being in very nature God, did not consider equality with God something to be grasped, but made himself nothing, taking the very nature of a servant,being made in human likeness. And being found appearance as a man, he humbled himself and became obedient to death—even death on a cross! Philippians 2: 5-8

For there is one God and one mediator between God and men, the man Christ Jesus, who gave himself as a ransom for all men—the testimony given in its proper time. 1 Timothy 2:5-6

He presented himself alive after his passion by many proofs, appearing to them during forty days, and speaking of the kingdom of God. And while staying with them he charged them not to depart from Jerusalem, but to wait for the promise of the Father Acts 1:3,4

And when he had said this, as they were looking on, he was lifted up, and a cloud took him out of their sight. 10 And while they were gazing into heaven as he went, behold, two men stood by them in white robes, 11 and said, "Men of Galilee, why do you stand looking into heaven? This Jesus, who was taken up from you into heaven, will come in the same way as you saw him go into heaven." Acts 1:9-11

God so loved the world that He gave His only begotten Son.

May I never boast except in the cross of our Lord Jesus Christ, through which the world has been crucified to me, and I to the world . . . Galatians 6:14

When the day of Pentecost had come, they were all together in one place. 2 And suddenly a sound came from heaven like the rush of a mighty wind, and it filled all the house where they were sitting. 3 And there appeared to them tongues as of fire, distributed and resting on each one of them. 4 And they were all filled with the Holy Spirit and began to speak in other tongues, as the Spirit gave them utterance Acts 2:1-4

Peter, standing with the eleven, lifted up his voice and addressed them, "Men of Judea and all who dwell in Jerusalem, let this be known to you, and give ear to my words...."Jesus of Nazareth, a man attested to you by God with mighty works and wonders and signs which God did through him in your midst, as you yourselves know--this Jesus, delivered up according to the definite plan and foreknowledge of God, you crucified and killed by the hands of lawless men. But God raised him up, having loosed the pangs of death, because it was not possible for him to be held by it....Let all the house of Israel therefore know assuredly that God has made him both Lord and Christ, this Jesus whom you crucified." Now when they heard this they were cut to the heart, and said to Peter and the rest of the apostles, "Brethren, what shall we do?" 38 And Peter said to them, "Repent, and be baptized every one of you in the name of Jesus Christ for the forgiveness of your sins; and you shall receive the gift of the Holy Spirit. Ac ts 2:14-38

"And the times of this ignorance God winked at; but now commands all men every where to repent: because He has appointed a day, in which He will judge the world in righteousness by that man whom He has ordained; whereof He has given assurance to all men, in that He has raised Him from the dead." Acts 17:30-31.

"And to you who are troubled rest with us, when the Lord Jesus shall be revealed from heaven with His mighty angels, in flaming fire taking vengeance on them that know not God and obey not the gospel of our Lord Jesus Christ: who shall be punished with everlasting destruction from the presence of the Lord, and from the glory of his power" (II Thess. 1:7-9).

I saw a new heaven and a new earth, for the first heaven and the first earth had passed away, and there was no longer any sea. I saw the Holy City, the new Jerusalem, coming down out of heaven from God, prepared as a bride beautifully dressed for her husband. And I heard a loud voice from the throne saying, "Now the dwelling of God is with men, and he will live with them. They will be his people, and God himself will be with them and be their God. He will wipe every tear frm their eyes. There will be no more death or mourning or crying or pain, for the old order of things has passed away. Rev.21:1-4

Then the angel showed me the river of the water of life, as clear as crystal, flowing from the throne of God and of the Lamb down the middle of the great street of the city. On each side of the river stood the tree of life, bearing twelve crops of fruit, yielding its fruit every month. And the leaves of the tree are for the healing of the nations. No longer will there be any curse. The throne of God and of the Lamb will be in the city, and his servants will serve him. They will see his face, and his name will be on their foreheads. There will be no more night. They will not need the light of a lamp or the light of the sun, for the Lord God will give them light. And they will reign for ever and ever. The angel said to me, "These words are trustworthy and true." Rev. 22:1-6

The Spirit and the bride say, "Come!" And let him who hears say, "Come!" Whoever is thirsty, let him come; and whoever wishes, let him take the free gift of the water of life. I warn everyone who hears the words of the prophecy of this book: If anyone adds anything to them, God will add to him the plagues described in this book. And if anyone takes words away from this book of prophecy, God will take away from him his share in the tree of life and in the holy city, which are described in this book.Rev 22:17-19